Hancock County is the southernmost county in the U.S. state of Mississippi and was named after Founding Father John Hancock. As of 2010, it had a population 43,900 people. Bay St Louis is the county seat. Hancock County is a part of the Gulfport–Biloxi, MS Metropolitan Statistical Area. The county sits along the Gulf of Mexico and Louisiana's state line. This county is home to the John C. Stennis Space Center, NASA's largest rocket engine test facility. The U.S. Census Bureau states that the county has an area of 553 square miles. 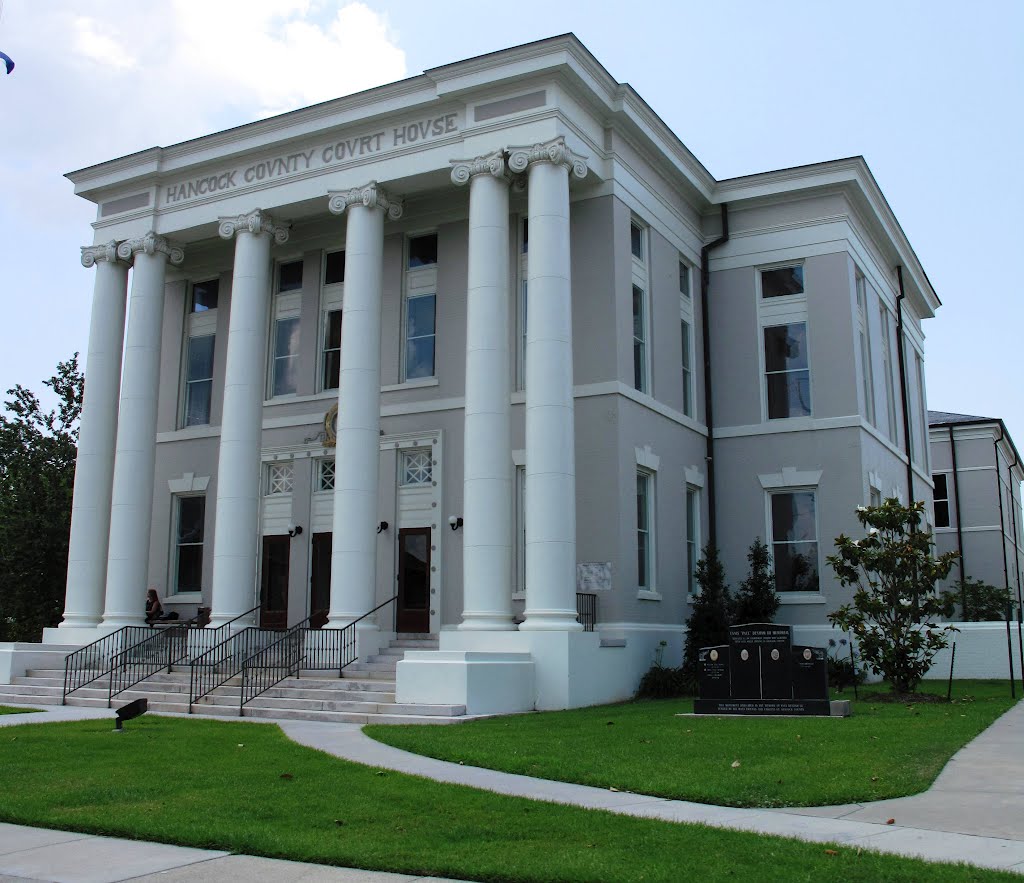 This county in Mississippi was first inhabited by indigenous people at the time of European colonization. The settlers, who were French, brought African slaves as laborers, and in time a Creole class of free people of color developed. In the 1830s, after the United States conducted Indian Removal Act, more Protestant Americans migrated into this area. Nevertheless, it retained French and African Catholic influences from its inhabitants. Since the county is located on the Gulf Coast, it was hit by hurricanes regularly. The residents of this region have learned to handle these incidents as best as they can, although Hurricane Katrina in 2005 caused extensive damage to the area.

The cities located in Hancock County include: Bay St. Louis (county seat), Diamondhead, and Waveland. Census-designated places include the towns of Kiln and Pearlington. Unincorporated communities include the towns of Ansley, Clermont Harbor, Lakeshore, Leetown, Napoleon, Necaise, and Shoreline Park. Ghost towns include Gainesville and Logtown.