Biloxi is a city in Harrison County, Mississippi. It's one of two county seats - the other being Gulfport. The 2010 US Census recorded Biloxi's population as 44,054 and in 2019 it was estimated to be 46,212 people. Biloxi is located in southern Harrison County, bordered to the south by the Gulf of Mexico and partially by Biloxi Bay. To its northeast are Ocean Springs (in Jackson County) and St. Martin (unincorporated). 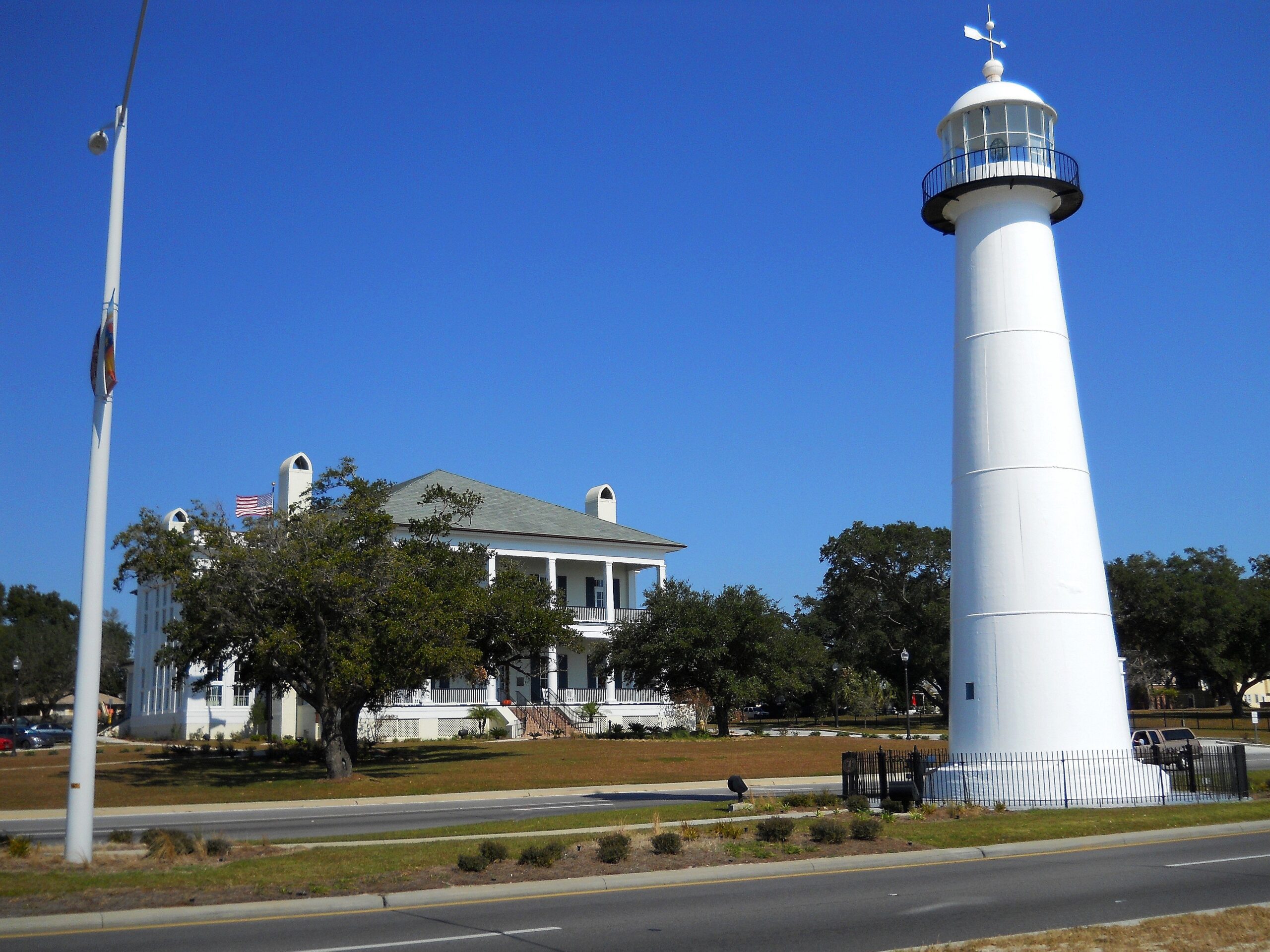 The Back Bay continues west across Biloxi; crossing Big Lake on one end where the Biloxi and Tchoutacabouffa rivers join. Tchoutacbouffa, a river that flows from east to west, forms part of the city's eastern boundary. Biloxi River is bordered by D'Iberville on its north and east sides and Gulfport on its west side.

The United States Census Bureau reports that Biloxi has a total area of 46.7 square miles. Biloxi has a humid subtropical climate which is heavily influenced by the Gulf of Mexico. Winter days are wet and mild, with snow being extremely rare. Summers are hot and humid.

The area has been home to European settlers since the 18th century who were mainly French colonists. In 1811, Biloxi became part of the US when they traded with Spain to take over their territory. It became a state in 1817 after being admitted to the Union. Biloxi began to grow in the antebellum period of the 19th century. It became a popular summer resort because it was close to beaches on the coast. Its proximity to New Orleans and its easy access via water were also advantages. The Biloxi Lighthouse was originally built in Baltimore, Maryland and then shipped south to the site where it was completed on May 1848. It is one of two surviving lighthouses on the Mississippi Gulf Coast, which at one time had twelve lighthouses. On August 29, 205, Hurricane Katrina destroyed 90% of Biloxi’s coastal buildings. Today, Biloxi is a well-known site for hurricane victims, and the city is still repairing and in redevelopment.